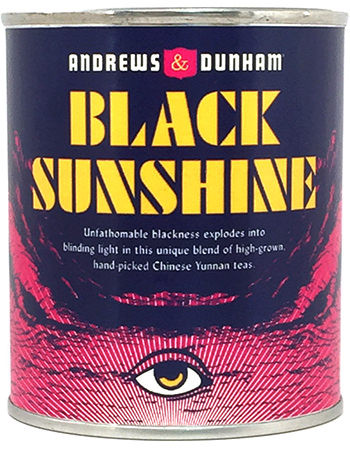 While preparing this custom blend of Chinese Yunnan black teas, we discovered this crumpled fragment of a letter addressed to a Mr. C.D. Ward amongst the leaves:

“. . . barely escaped the ancient crystalline city whose vast aggregations of night-black masonry are monstrous perversions of geometrical laws. Amazingly still in possession of a modest reserve of the bizarre leaves which sustained us despite teetering on the brink of gibbering insanity. Once you grasp the extent to which the discovery of these leaves was both sudden and perplexing, how their fullness seemed to absorb us even as we believed ourselves to be the ones consuming them, the nature of our secrecy will seem an act of kindness and caution, and not the result of mere paranoid paralysis. It is a gateway to a forbidden world of untrodden wonder . . .”

Ignoring all rationality, we continued with the blending, our hearts beating like the drums of a forbidden cult. Darkness fell and strange lights appeared in the northern sky. Were they a natural phenomenon? Or the result of the dark brew we steeped?

As you will soon discover, Black Sunshine is a powerful blend of tea. Its strength draws from primordial temple ruins upon cloudy Asian mountaintops, and in its darkness lie the dreams of time.

Warning! As you steep this tea for 5 minutes in boiling water, contemplate not the black abyss that is the emptying tin or suffer unutterable despair!